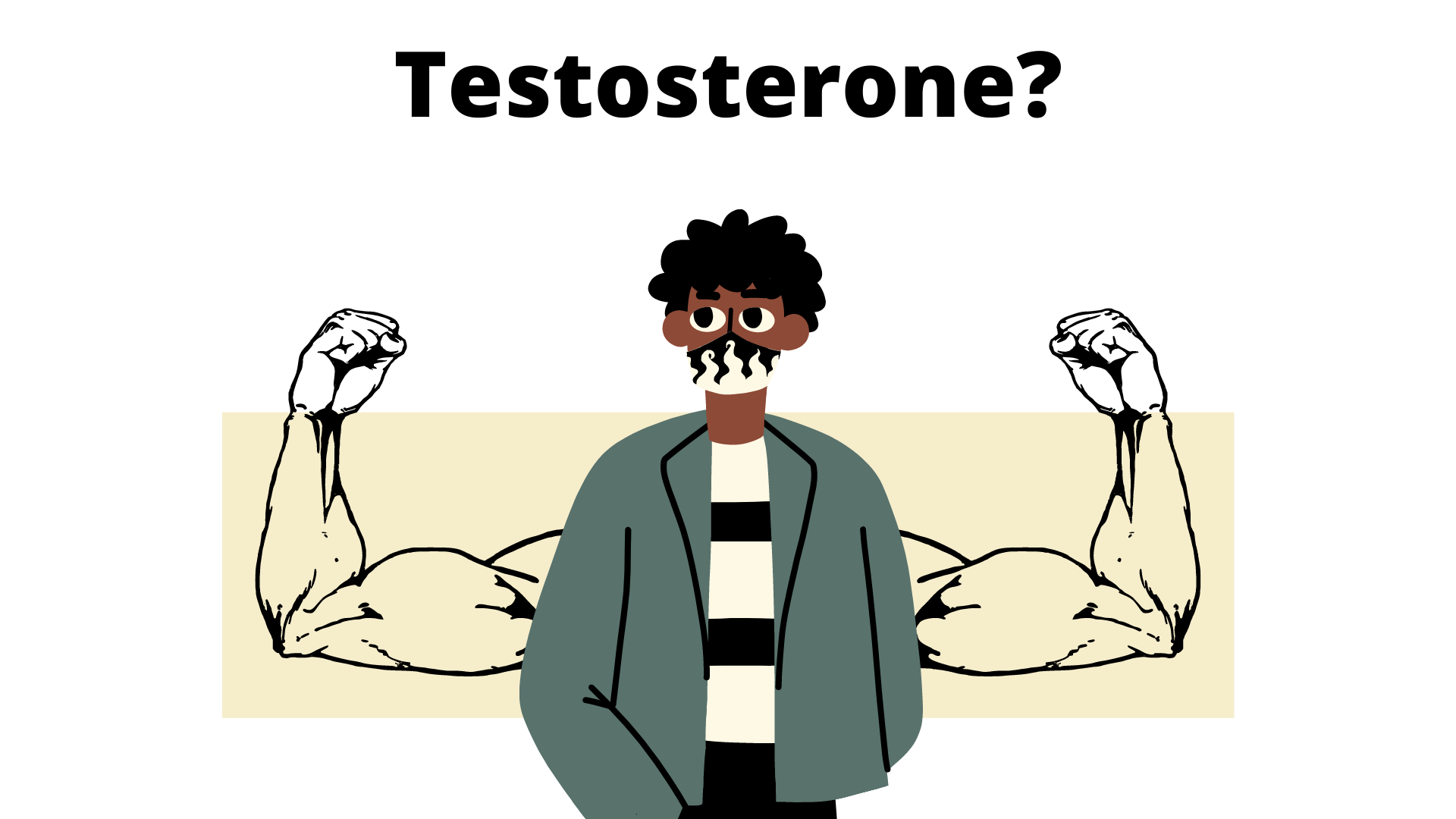 An Introduction to Testosterone

Anabolic steroids are a class of medications that contain a synthetically manufactured form of the hormone testosterone, or a related compound that is derived from (or similar in structure and action to) this hormone. In order to fully grasp how anabolic steroids work, it is, therefore, important to understand the basic functioning of testosterone.

Testosterone is the primary male sex hormone. It is manufactured by the Leydig’s cells in the testes at varying amounts throughout a person’s life span. The effects of this hormone become most evident during the time of puberty, when an increased output of testosterone will elicit dramatic physiological changes in the male body. This includes the onset of secondary male characteristics such as a deepened voice, body and facial hair growth, increased oil output by the sebaceous glands, development of sexual organs, maturation of sperm, and an increased libido. Indeed the male reproductive system will not function properly if testosterone levels are not significant. All such effects are considered the masculinizing or “androgenic” properties of this hormone.

Increased testosterone production will also cause growth promoting or “anabolic” in the body, including an enhanced rate of protein synthesis (leading to muscle accumulation). Testosterone is the reason males carry more muscle mass than women, as the two sexes have vastly contrasting amounts of this hormone. More specifically, the adult male body will manufacture between 2.5 and 11 mg per day’ while females only produce about 1/4mg. The dominant sex hormone for women is estrogen, which has a significantly different effect on the body. Among other things, a lower androgen and higher estrogen level will cause women to store more body fat, accumulate less muscle tissue, have a shorter stature, and become more apt to bone weakening with age (osteoporosis).

The actual mechanism in which testosterone elicits these changes is somewhat complex. When free in the blood stream, the testosterone molecule is available to interact with various cells in the body. This includes skeletal muscle cells, as well as skin, scalp, kidney, bone, central nervous system, and prostate tissues. Testosterone binds with a cellular target in order to exert its activity, and will, therefore, effect only those body cells that posses the proper hormone receptor site (specifically the androgen receptor). This process can be likened to a lock and key system, with each receptor (lock) only being activated by a particular type of hormone (key). During this interaction, the testosterone molecule will become bound to the intracellular receptor site (located in the cytosol, not on the membrane surface), forming a new “receptor complex.” This complex (hormone + receptor site) will then migrate to the cell’s nucleus, where it will attach to a specific section of the cell’s DNA, referred to as the hormone response element. This will activate the transcription of specific genes, which in the case of skeletal muscle cell will ultimately cause (among other things) an increase in the synthesis of the two primary contractile proteins, actin and myosin (muscular growth). Carbohydrate storage in muscle tissue may be increased due to androgen action as well.

Once this messaging process is completed, the complex will be released, and the receptor and hormone will disassociate. Both are then free to migrate back into the cytosol for further activity. The testosterone molecule is also free to diffuse back into circulation to interact with other cells. The entire receptor cycle, including hormone binding, receptor-hormone complex migration, gene transcription and subsequent return to cytosol is a slow process, taking hours, not minutes, to complete. For example, in studies using a single injection of nandrolone, it is measured to be 4 to 6 hours before free androgen receptors migrate back to the cytosol after activation. It is also suggested that this cycle includes the splitting and formation of new androgen receptors once returned to cytosol, a possible explanation for the many observations that androgens are integral in the formation of their own receptor sites.

In the kidneys, this same process works to allow androgens to augment erythropoiesis (red blood cell production). It is this effect that leads to an increase in red blood cell concentrations, and possibly increased oxygen transport capacity, during anabolic/androgenic steroid therapy. Many athletes mistakenly assume that oxymetholone and boldenone are unique in this ability, due to specific uses or mentions of this effect in drug literature. In fact, stimulation of erythropoiesis occurs with nearly all anabolic/androgenic steroids, as this effect is simply tied with activation of the androgen receptor in kidney cells. The only real exceptions might be compounds such as dihydrotestosterone and some of its derivatives,4 which are rapidly broken down upon interaction with the 3alpha-hydroxysteroid dehydrogenase enzymes (kidney tissue has a similar enzyme distribution to muscle tissue, see “anabolic/androgenic dissociation” section), and therefore display low activity in these tissues.

Adipose (fat) tissues are also androgen responsive, and here these hormones support the lipolytic (fat mobilizing) capacity of cells. This may be accomplished by an androgen-tied regulation of beta-adrenergic receptor concentrations or general cellular activity (through adenylate cyclase). We also note that the level of androgens in the body will closely correlate (inversely) with the level of stored body fat. As the level of androgenic hormones drops, typically the deposition of body fat will increase. Likewise as we enhance the androgen level, body fat may be depleted at a more active rate. The ratio of androgen to estrogen action is in fact most important, as estrogen plays a counter role by acting to increase the storage of body fat in many sites of action. Likewise, if one wished to lose fat during steroid use, estrogen levels should be kept low. This is clearly evidenced by the fact that non-aromatizing steroids have always been favored by bodybuilders looking to increase the look of definition and muscularity while aromatizing compounds are typically relegated to bulking phases of training due to their tendency to increase body fat storage. Aromatization is discussed in more detail in a following section (see: Estrogen Aromatization).

As mentioned, testosterone also elicits androgenic activity, which occurs by its activating receptors in what are considered to be androgen responsive tissues (often through prior conversion to dihydrotestosterone. See: DHT Conversion). This includes the sebaceous glands, which are responsible for the secretion of oils in the skin. As the androgen level rises, so does the release of oils. As oil output increases, so does the chance for pores becoming clogged (we can see why acne is such a common side effect of steroid use). The production of body and facial hair is also linked to androgen receptor activation in skin and scalp tissues. This becomes most noticeable as boys mature into puberty, a period when testosterone levels rise rapidly, and androgen activity begins to stimulate the growth of hair on the body and face. Some time later in life, and with the contribution of a genetic predisposition, androgen activity in the scalp may also help to initiate male-pattern hair loss. It is a misconception that dihydrotestosterone is an isolated culprit in the promotion of hair loss, however; as in actuality it is the general activation of the androgen receptor that is to blame (see: DHT Conversion). The functioning of sex glands and libido are also tied to the activity of androgens, as are numerous

1) How much weight can someone expect to gain dering the first cycle of steroids? Provided dosing is sufficient, a steroid user can expect to ... Read More

Anabolic/androgenic steroids are approved for sale by prescription in virtually every pharmaceutical market around the world. Having been applied for many decades to treat a ... Read More

Clinical Uses of Anabolics and Steroids

Infertility (Male) ✓ In a small percentage of cases, anabolic/androgenic steroids may be prescribed for the treatment of male infertility. When the cause of infertility ... Read More

When first considering what steroid(s) to use, one will notice there are many different medications that fall under the category of anabolic/androgenic steroids. This has ... Read More